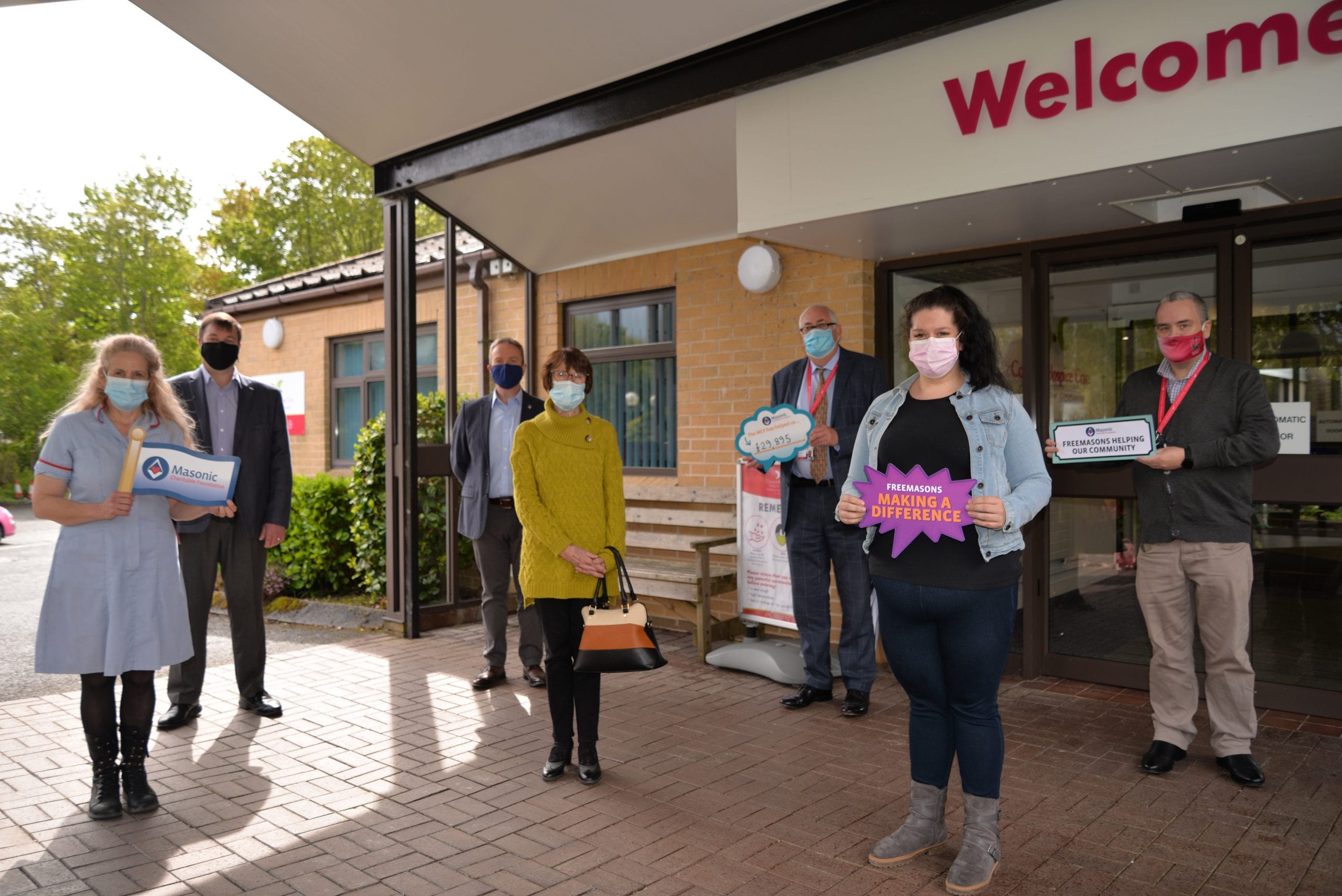 Vulnerable and disadvantaged people in the St Austell area who are facing the end of their lives, will have the opportunity to make their own choices about their end-of-life care, thanks to a grant from provided by The Freemasons of Cornwall.

The £29,895 grant to Cornwall Hospice Care, Harbour Housing and St Austell Healthcare, will allow vulnerable people to die with dignity at the hospice itself, but will also see this service expanded to many disadvantaged people in the wider community.

This initiative will be led by local nurse Sam Facey from Cornwall Hospice Care’s Mount Edgcumbe Hospice in St Austell.  She says she applied having worked with the community drug and alcohol team in the past and after having been a Home Detox Nurse for 13 years. Sam will be working with local people who have been homeless or have had HIV or substance abuse problems among other issues.

Research has shown there is a real problem identifying people with complex needs nearing the end of their lives, therefore Sam plans to provide training to hostel support workers, drug and alcohol workers focusing on communication skills; how to have difficult conversations and how to identify a person with complex needs who is nearing the end of their life.

As this is a brand new service, Sam is liaising with other nurses who have had this funding in the past, to look at how they have developed this role.  Local hostels have said they need a clear pathway for their residents into palliative care. The project will initially focus on St Austell but will eventually be rolled out across the county.

The grant by the Province of Cornwall comes through the Masonic Charitable Foundation, which is the national Freemason’s charity funded by Freemasons, their families and friends, from across England and Wales.

“We’re very grateful to the Freemasons of Cornwall for their generous grant, which will help us work collaboratively with Harbour Housing and St Austell Healthcare to give disadvantaged and vulnerable people and those with complex needs, access to the same choices for their end-of-life care as everyone else.”

“I’m very pleased Cornwall Freemasons have been able to help Cornwall Hospice Care, Harbour Housing and St Austell Healthcare with some of the most vulnerable people in our community as they approach the end of their lives. Whether it is a person with HIV or with medical problems arising from drug use, these are people who can still make choices and who need support.”