MENUMENU
Graham JonesOctober 7, 2020PGL Cornwall Latest NewsComments are off for this post

A Special Day for Harry Billinge

On the 07 October a small entourage travelled from St Austell to Penzance for a rather
auspicious occasion. The occasion was the official naming of a great western railway,
intercity express train, number 802006, after Cornwall service veteran and freemason
Horace “Harry” Billinge, MBE, LdH. 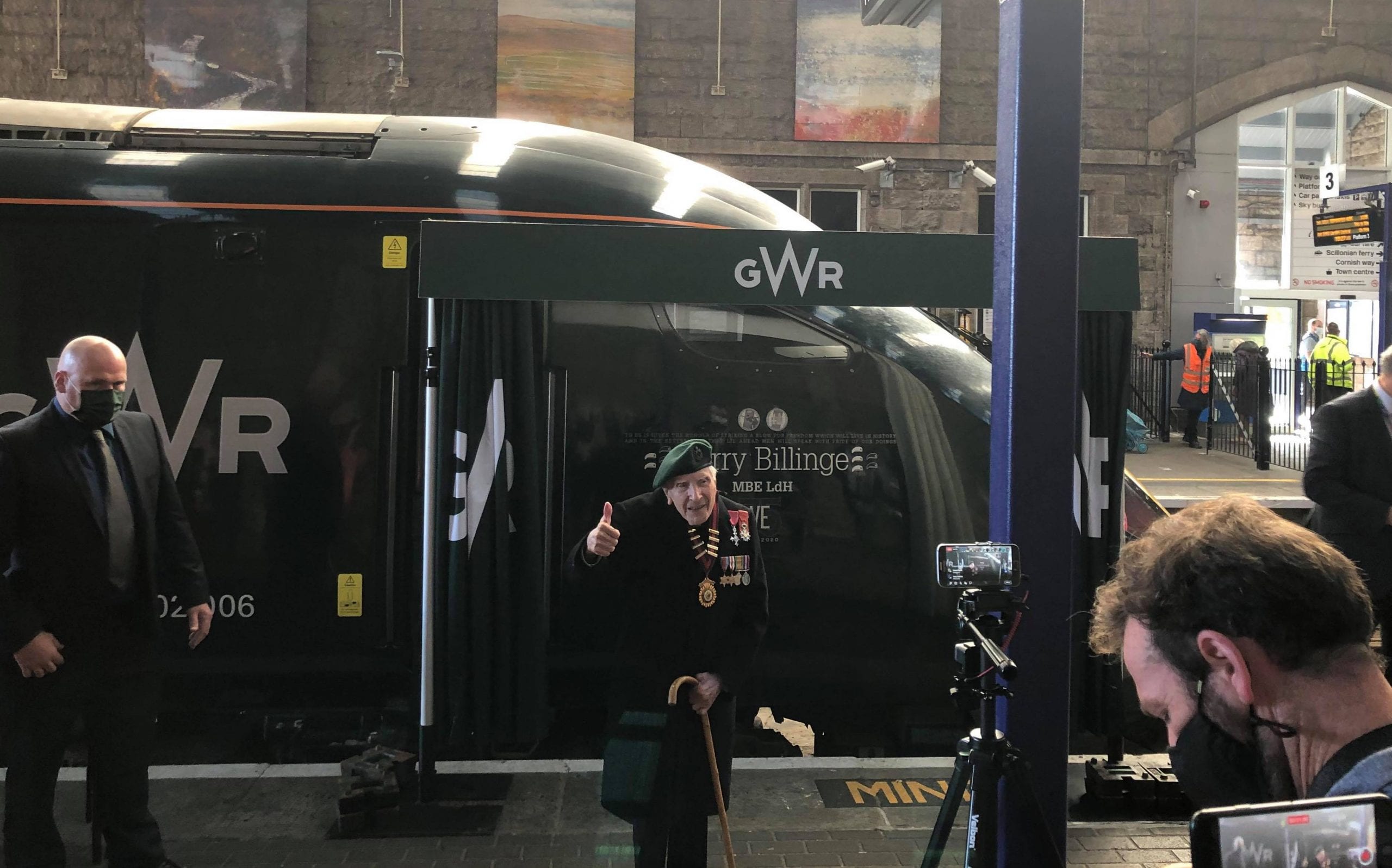 94-year-old Harry, a former Royal Engineer, as an 18-year-old, was amongst the first wave
of British forces to storm the beaches of Normandy on the 06 July 1944. He was one of 4 in
his unit to survive the initial landing and battled on through Caen and the Falaise Pocket in
Normandy.
A recipient of France’s highest award, the Legion d’Honneur; Harry has dedicated the
decades since the end of WW2 to raising funds for the Royal British Legion Poppy Appeal
and the Normandy Memorial Trust. He was also awarded an MBE in the 2020 New Year’s
honours list by Her Majesty the Queen for his fundraising efforts.

Harry as a Freemason

A humble man, Harry constantly maintains that although he is thrilled with the awards and
now the naming of a train after him, it is all in memory of “the lads that never came back”.
As a Cornish Freemason, W.Bro Harry Billinge MBE LdH, himself a Lewis, is a past master of
Lodge of Fortitude 131, St Johns of Penge 5537 and Plym Lodge 3821, also a member of
various side degrees including RAM and Rose Croix.

The Trelawny Club from the Province of Cornwall

Attending the naming ceremony with Harry, Bro Ant Wilkins, a guard with GWR and
Cornwall’s Trelawny Club Vice Chairman, also a service veteran and amateur masonic poet,
presented W.Bro Harry with a personalised, framed copy of his poetic creation “The
Masonic Sacrifice” with which Harry was thrilled.
Bro Ant said “as the VC of the Trelawny Club, I thought it would be remiss if I didn’t ask
W.Bro Harry what advice he would give any young mason”. Harry laughed and replied “it is
simple really, always step off with your left, and always be ready!”
On completion of the ceremony, W.Bro Harry Billinge MBE LdH, returned to St Austell on
the 1015 Penzance to Paddington service, now named in his honour. 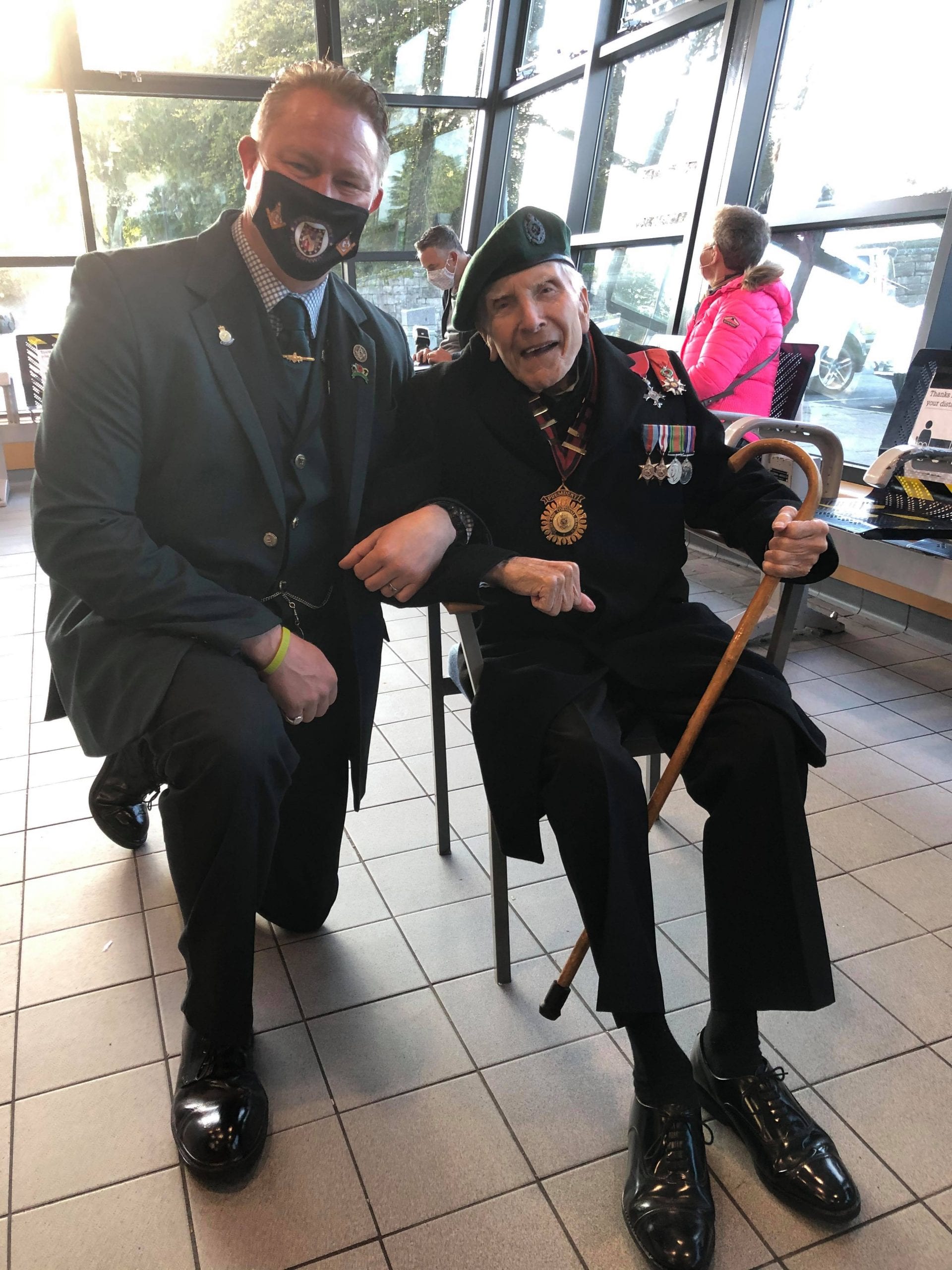 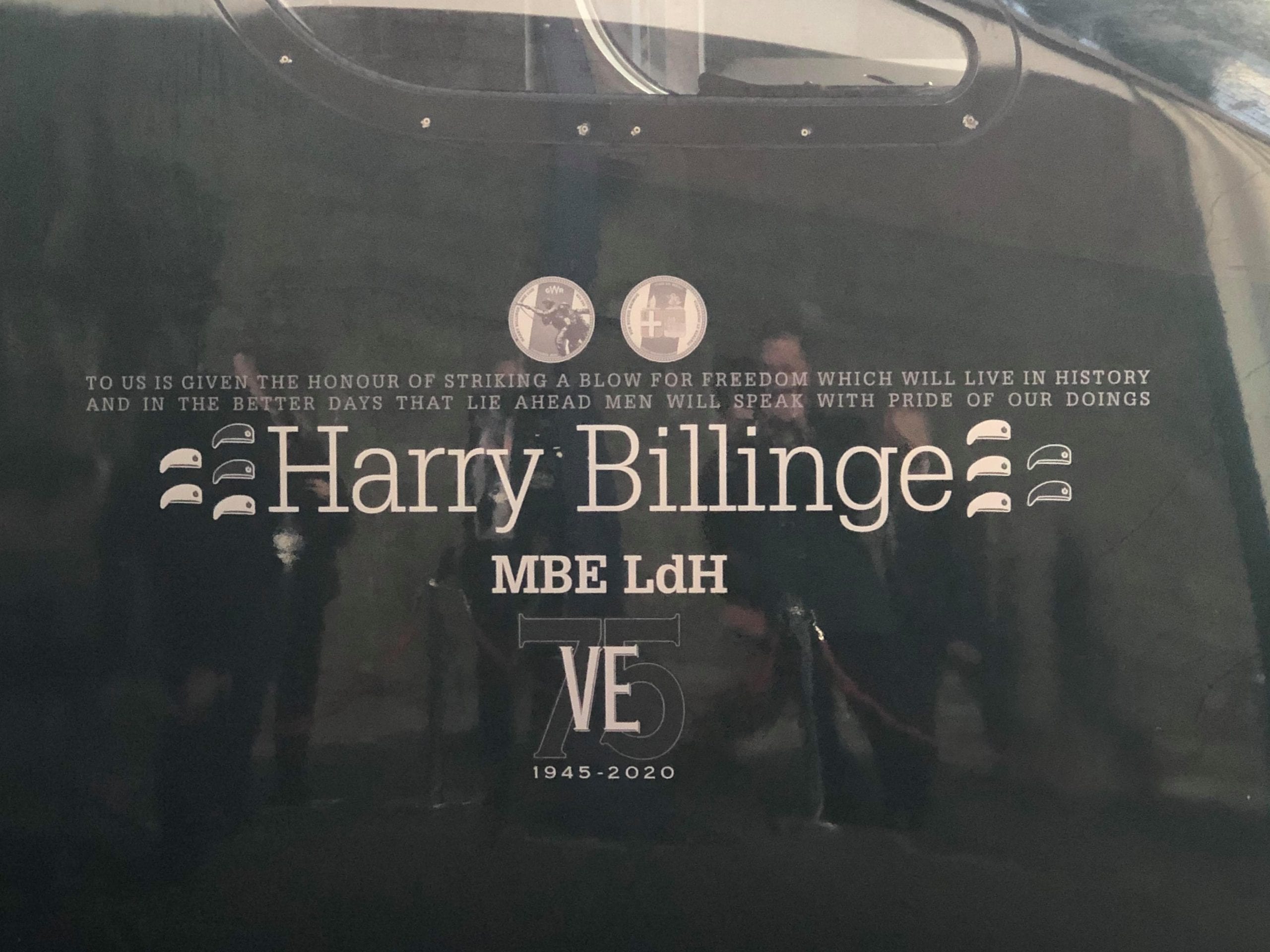